Docker is a containerization software solution , used as a Virtual environment to package and deploy applications . You can package your application along with its dependencies in a container which can run on any linux server .

A Fedora production server or a Fedora System. You can also get a Free VPS hosting like Vultr or DigitalOcean.

Lets get started and install docker on fedora .

Now , once required packages are installed we are going to add a repository nby using the following command

Now we are redy to install docker ,

Press y to continue. That’s it. You have got Docker on your system. You may check if it’s running fine by using this command: 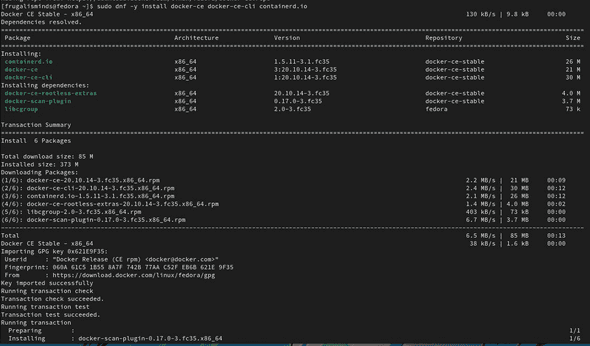 It is one of the most useful ways to install docker . We can switch multiple versions of docker using this method .

So , first download the rpm package , for our case we are downloading 64bit version .

We can test if docker has been installed properly . But before testing you need to do following things .

Enable docker service as it’s not enabled by default .

In order to test if docker is installed correctly , check status of docker service by executing following command